A year ago today I spoke to my mother for the last time.

I'm not sure she could hear me, and I'm not sure she could understand me if she did. She sounded like a very drunk person on the phone - someone on the verge of passing out, but trying to talk to you. The encephalopathy in her brain had taken over, and I knew it was only a matter of time before her body shut down, as well.

More on that later.

This had happened three times in the preceding 4 months. The first time, we thought she had a stroke. We were thankful to find out that wasn't the case, but the truth wasn't much better. Her congestive heart failure, accelerated by an infection that sent her into septic shock and almost killed her in October, was slowly depriving her body of oxygen. The other times it happened, she was rushed to the hospital and placed on BiPAP, and the encephalopathy quicky resolved.

By January, however, my mom had had enough. She called me to tell me that they wanted to move her to a specialized facility where she would remain on a ventilator - her biggest fear and the one thing she consistently told me she didn't want to do. She told me that she didn't want that - that she wanted to go home. We agreed that she would return to the nursing home she had just moved into to spend her final days with her husband. I flew home to move her and spend the remaining time with her.

The doctors told me it could be a few hours or a few days, but not likely more than a week or two. I set her up with hospice and helped her with all the things she wanted to do before she died. She wanted a bowl of these terrible candies I couldn't stand, a domino's pizza, and all the diet coke she could drink. She talked to her siblings in Germany. She asked me to bring her the paper she liked so she could write letters to people.

She never did write those letters.

Mom immediately got better after arriving back at the nursing home. Her oxygen levels maintained without the ventilator, and she felt good enough to get out of bed and take her wheelchair to the dining room to show off her daughter to her new friends. We watched tv together and talked about plans. She talked about getting healthy enough to walk again and I asked her if she wanted me to get a red hat to join the home's red hat ladies club. She definitely didn't.

I had heard from enough people that when someone is dying, they frequently get better right before they pass. That happened with my father, and I thought it was happening now. So I extended my trip home. I decided I would stay until she died.

But she didn't die. She kept getting better. She had energy. She made jokes. She yelled at me for all the things I threw out when I cleaned out her house. She nagged me to marry the boy I was seeing who had the German last name. She let me fix her hair. We even had a photo session where she learned (kinda) where to look on the phone for a selfie! 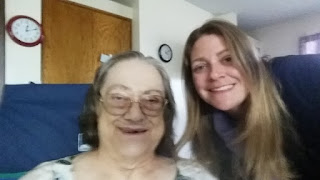 Almost three weeks after she decided she didn't want anymore treatment, we also decided I should return to San Francisco. She was doing fine. The doctors said it might be months before something else happened. I had already taken 8 weeks of unpaid time off at a job I started 3 weeks before Mom got sick. I was paying for so many of the bills that me losing that income was more of a factor than I would have liked. I was also scared that maybe Mom was just hanging on for me. I wanted her to hang on for me, but I didn't want her to fight through something if it was really her time to go. I struggled with the decision for a while before I finally booked a return flight.

As I left her room after telling her goodbye and hugging her about a thousand times, I heard her call my name. I will forever remember her voice in that moment.

I turned back, "yes, Mama?"
She looked at me with skepticism, "If you want to get me a red hat, make it a really funky one."

That was my Mama.

I promised, we laughed, and I went back and did the hugging goodbye ritual another few times before I finally left.

I called her as soon as we landed, and we talked the whole way home. We spoke every day for the next 11 days. I could tell she was getting a little more tired, but she was doing okay. And then she wasn't.

I noticed on the 9th that she seemed a little more tired than normal and she wasn't responding fully. On the 10th I could tell the encephalopathy was taking over her brain again.

On the 11th I talked to her for the last time.

Mom died knowing how much we all loved her. She died knowing that we all had good lives and people who loved us. She died having taken control of the decision and having chosen not to suffer more than she already had.

But she also died with me having just lied to her.

I told her I would be okay.

I honestly don't know if I'll ever be okay again. Or maybe I'll just find a new definition of "okay". 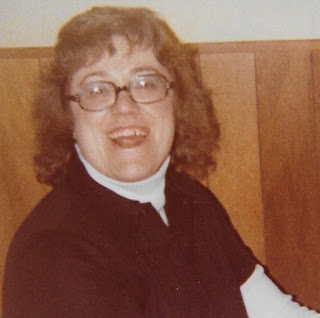